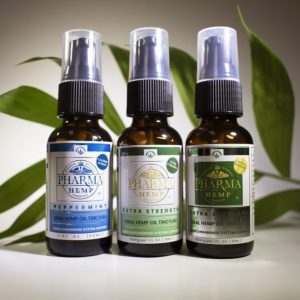 Cannabidiol (CBD) is a chemical compound that is extracted from the cannabis sativa plant, a compound that has been gathering considerable interest in the potential treatment of a spectrum of neuropsychiatric disorders. Depression, anxiety and insomnia are commonly treated with pharmaceutical drugs, like benzodiazepines, serotonin reuptake inhibitors, (SSRI’s), tricyclics and monoamine oxidise inhibitors (MAOI’s).

However, these medicines widely used in psychiatry, can have limited responsiveness, carry residual side effects and can be dependency forming, as in the long term use of benzodiazepines.

Preclinical evidence gathered from neuroimaging and human psychological studies support the considerable potential that CBD has as a healthy alternative to pharma drugs in the acute treatment of anxiety and in preventing long term adverse effects of stress with minimal sedative effects. It also has analgesic, anticonvulsant, anti-arthritic, anti-flammatory, antioxidant, antipsychotic and antiemetic properties and it can slow the growth of cancer.

The medicinal properties of cannabis plant have been understood and used by many cultures for several millennia and its use as popular medicine had been referenced by the Chinese in 2900 BC. Medicinal cannabis use can be can be traced back to the Egyptians, Scythians, ancient Chinese and by the Indus Valley civilisation in Ayurvedic medicine. It was also used by the ancient Greeks, across the Arabic world during Roman times and also by the Romans to modern times.

CBD is legal in the UK, however the law around its purchase and use is unclear, as is its role in current medical treatment. Most CBD in the UK is imported and British farmers are compromised on selling by restrictions imposed on harvesting methods. There are an array of costly CBD products stacked up on chemist’s shelves but there are labelling inaccuracies (*Journal of the American Medical Association, 2017;318(17):1708-1709). Many products do not supply what they promise on the label and are sold at very low concentrations. Furthermore, CBD is not yet fully evaluated in the UK and undeniably further clinical studies are required to measure its longer term effects as a treatment in both adult and child populations.

In 2018, following controlled clinical trials, a prescriptive oral CBD product (Epidiolex) was given approval in the USA for the treatment of two rare and severe forms of epilepsy in children aged two years and under. In the UK, evidence of its therapeutic value remains anecdotal and parents would be advised to learn as much as possible about the effects of CBD before giving it to their children. There is a wide variation in the quality and dosage of CBD products, with a possibility of contaminants in the products and an overall lack of knowledge about how CBD may interact with other medicines a child may be taking. The World Health Organisation (Cannabidiol (CBD) Critical Review Report, 2018) recognises the evidence that CBD is generally well tolerated with a good safety profile and it ‘may be a useful treatment for other medical conditions’ besides epilepsy. Considerable evidence supports the potential of CBD in treating anxiety, however clinical evidence is required to evaluate its use among children for treatment for Attention deficit and hyperactivity disorder (ADHD), Autistic spectrum disorder (ASD) or Asperger’s disorder.

Regulation of CBD in the UK market combined with an emergence of a new medical model would help to dispel spurious moral assumptions about a drug that has provided medicinal value to cultures for six thousand years or more. Medicinal cannabis use in the UK has not rolled forward as it has in Canada and the USA, where cannabis is still illegal under federal law but is sold by licensed producers. Britain is poorly prepared for amendments to cannabis law reform that are already flourishing in other areas of the globe. This is a missed opportunity, not only to cultivate a new growth industry on which to raise tax revenue and boost economy but especially in conducting research on a treatment that would undeniably benefit the health and emotional well-being of millions of people.

This LBC radio recording with Dr Jack, Consultant in Intensive Care, highlights the need for containment of infection. He calls for enhanced support for healthcare workers. 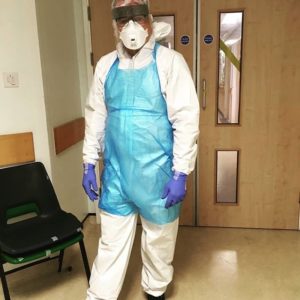 For further advice on coronavirus, visit: