Girls are more likely to be miserable and unhappy, research suggests 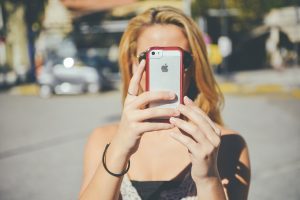 There is clear evidence that nowadays our teenage daughters are growing up to be more miserable and unhappy and this is cause for serious concern. The reason is not  because boys are growing up to feel much happier, but because of the longer term risks to girls’ mental health, especially the danger of developing eating disorders and depression.

The reason for girls’ unhappiness may be due to the fact that they spend much more time on social media which has been linked with a higher risk to mental health. Not only are girls more concerned about their appearance and looks, they are also more likely to feel under pressure by emotional bullying. Teenage girls are more likely to take dozens of selfies in an attempt to create a perfect ‘celebrity lookalike’ beautiful photo. They also fear missing out on something if they don’t engage in social media. Such gestures are often indicative of an underlying lack of confidence and an obsession with body image. They feel compelled to play out their social relationships by spending up three hours a night on social media, some obsessively posting images that they hope will make them appear to be perfect.

If this sounds like someone you know and you feel concerned about someone who is unhappy, you can help by advising the person to-

Limit their time spent on social media and ensure that it is being used in a safe way.

You can help boost body confidence by sharing with and talking to a young person.

Encourage them to develop their self-confidence and esteem by rewarding them for praise for kindness shown rather than just about appearance and looks.

Over a third of teenage girls suffer from stress and anxiety

The mental health of teenage girls, especially 14 year olds, has worsened according to a Cohort study recently published by The Department of Health. Teenage girls are more likely to suffer from stress and anxiety and over a third of teenage girls reported that they felt distressed, worthless, and unhappy and suffered from poor concentration.

The study reports that young people’s health and wellbeing is now slightly worse than it was in 2005 with girls faring less well than boys and with young people from relatively advantaged backgrounds being slightly more likely to exhibit social distress. Research shows that teenagers need on average, 9.5 hours sleep per night but only get 7.5 hours. Research also suggests that teenagers engaging in social media during the night could be damaging their sleep and increasing their risk of developing anxiety and depression. Girls tend to seek comfort on social media when worried and teens generally feel under pressure to make themselves available 24/7, suffering from anxiety if they do not respond to posts or texts. Girls especially feel more of a desire to be perfect and to avoid a ‘FOMO’ (fear of missing out) Hospital admissions for self-harm in the under 16’s have risen by an astonishing 52% with Head teachers in schools becoming worried.

In comparison with 2005, although girls’ mental health has worsened, teenagers are now more work focused, less likely to drink, smoke cigarettes, or engage in vandalism, graffiti or shoplifting.